POL M: Lorenzo Bernardi – “Hard battle is waiting for us”

On Saturday Jastrzębski WEGIEL play match away against the lead of the PlusLiga Delecta Bydgoszcz. Two games remaining until the end of the first round of the season. This and other volleyball news read on Worldofvolley.com. 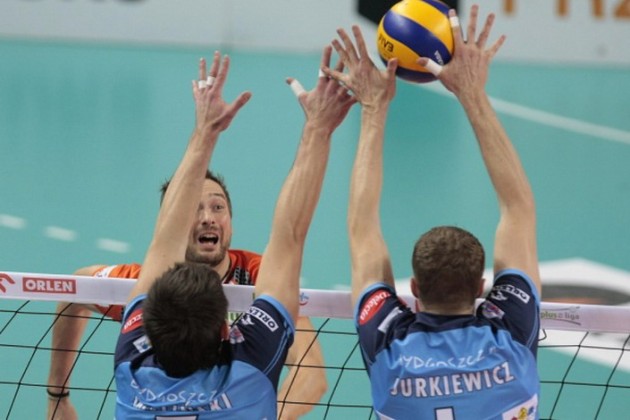 “We both are fighting for the best starting position before the play-off round. There is no question that this will be a very demanding and hard battle” says Jastrzębski WEGIEL coach Lorenzo Bernardi.

Before the start of the league season a team led by coach Piotr Makowski was not among the favorites. “That’s the beauty of the sport it is unpredictable and there is nothing certain. However the Delecta position in the league is not a coincidence. In the last season when we played in the play-off quarter-finals I said that they are a very solid team” highlights coach Bernardi.

Not to be underestimated is the Stephane Antiga. French receiver is in excellent player and at the same time acts as a mental leader on the team. “Of course a form that presents Antiga in spite of 37 years is even more impressive” admits Jastrzębski WEGIEL captain Michal Lasko.

Jastrzebski WEGIEL still retains a chance to win the first place at the end of the first round. First they need a win in Bydgoszcz. “It is important that it is still everything depends on us and we do not need to look at other” notes Jastrzębski coach.

Bernardi admits that the defeat in the semi-finals of the Polish Cup against Zaksa Kędzierzy-Koźle has not gone indifferently for his team . “Sure it’s better to look ahead but the semi-final match in Czestochowa you can not just forget. This allows you to learn, get answers, and even more of the work to improve your own game” said Jastrzebski coach.

FRA M: Yann Lavallez – “The French volleyball does not need stories like this”