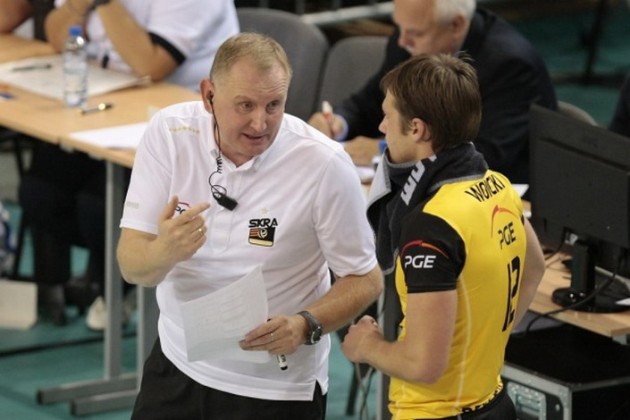 In the first set Effector Kielce led from the beginning. They won the set with 25:18. In other three sets Bełchatów team advantage was clear. Even in the third set which PGE Skra won 25:23 Belchatow were clearly better team.

Winiarski and Zatorski did not go to Kielce. In the morning workout Konstantin Cupković also suffered an injury.

Victory in Kielce in conjunction with other results meant that it is now certain that PGE Skra Belchatow in the first round of the playoffs will join either from the fourth or the fifth place. With high probability we can assume that in the first round there will be clash between the last season finalists PGE Skra and Asseco Resovia Rzeszow.