One of the leading names of Atom Trefl Sopot, Erika Coimbra, is the star of the February issue of the journal "Prestiz Magazyn", published in Poland. You can read all relevant news from volleyball world on Worldofvolley.com. 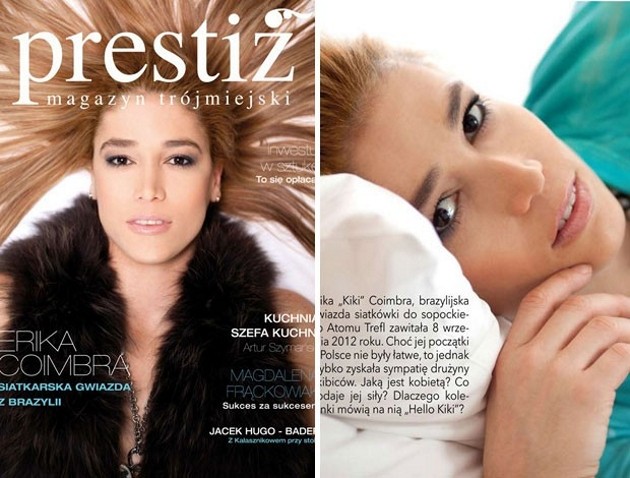 Flattered by the invitation to pose for the magazine, Coimbra said she was surprised by already having such a recognition in Poland. She had a good time during the photo shoot although the production staff spoke only Polish language that she has not mastered yet.

“The photographer and staff who were doing my pictures did not understand what i was talking, niether i understaood them (laughs).”

“In 2004 I received an invitation to pose nude, but at that time i was very young. Today volleyball is more visible and salaries are better. In fact it’s not my dream to go out naked, but if I receive a proposal that would provide a great materia value i will think about it”, closed Erika.