Polish volleyball players are ready for the match. Today they will play the second meeting with Brazil in the World League. This and other volleyball news read on Worldofvolley.com. 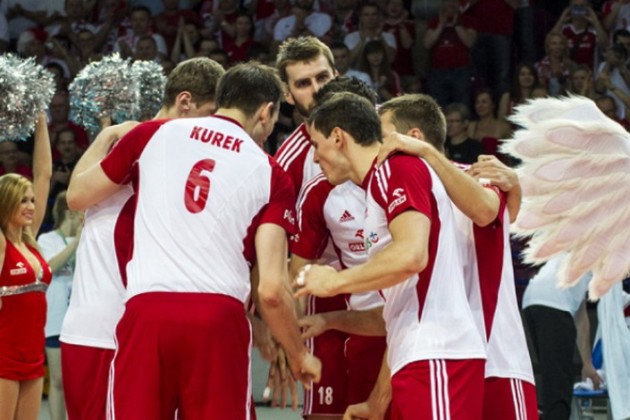 Beginning of the World League in 2013 was not a successful for the white and red. They lost on Friday in Warsaw 1:3. In the first set the Polish team managed to take the lead, but the Brazilians finally won the set with 25:22 and then 25:20 in the second. It seemed that the third set is a chance for Poland to equal game with Brazil. However it was only an illusion, last set of the match ended with the result 25:15 for opponents.

“In the first set we had our chances, which we used. Unfortunately we lost first set of the game and then Brazil had an advantage from the start. This one set a light in the tunnel. We watched the game, we saw what we were doing well. Maybe we did not play it much better, but still managed to win third set, so we studied the positive side. Luckily, Saturday was a day of rest before the next meeting. We will drawn conclusions from that” summed up the whole meeting Bartosz Kurek.

Bartosz Kurek stressed that this is just the beginning of the competition and hopes that the next next game will be better.

“This season is definitely much harder than the previous ones, because we are defending the title. At Friday’s meeting, it was clear that Brazil wanted to prove something. They played just better, which I congratulate them. But I hope that in the next meeting we will won the match” he said.

“Despite changes in the composition Brazilians are still a great team. They played very well in every element” said Kurek.

“New players in the Brazilian team were not completely unknown to us. We knew them very well because they played friendlies with the Russians and we analyzed this meetings. We were prepared for our meeting. But they played a lot better” said Bartosz Kurek.