French opposite Marien Moreau got himself injured during preparations to EuroVolley in Denmark and Poland. Since the injury is not in any sense naive, his club Czarni Radom and French national team will have big trouble replacing him. 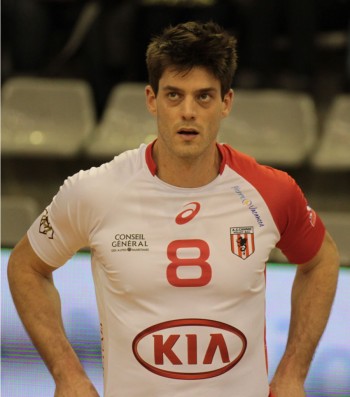 French NT coached by Laurent Tillie is now on training camp in Montpellier. Playing in turns with Mory Sidibé, second opposite, Moreau badly injured his shoulder. Immidiate medical examination only showed that the worst has happened.

It confirms that Moreau will miss at least 4 months. Alternates from training camp are mentioned earlier Sidibé, Antonin Rouzier and playing as outside hitter Nicolas Maréchal, who before played as opposite. Unfortunately both Rouzier and Maréchal seem to be not fully healthy. Because of this Tillie called outside hitter Samuel Tuia as addition to his squad.