A friendly tournament in the Polish city of Lodz began with sensational result. 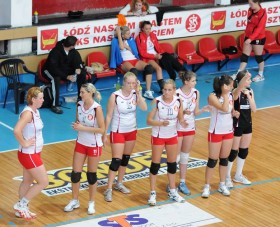 The Third Commercecon Cup in Lodz will be played on Friday and Saturday. In addition to the home team of ŁKS Łódź, the second division teams Laskovia Łask and Sokół Katowice and finally Minchanka Minsk are playing in it.

Winning team is playing a daily basis in the Polish Second League so victory over the Belarusian team is perhaps not surprising.

However, given the fact that Minchanka is a multiple national champion, who last season finished third in their league and will play this season in the Challenge Cup, then the result can be considered as a small sensation.

Michal Kubiak is the MVP of Hubert...