Poland’s national champions and vice-champions Atom Trefl SOPOT and Tauron MKS DABROWA GORNICZA as well as the winners of last year’s national league in Germany and the Czech Republic, SCHWERINER SC and Agel PROSTEJOV, are all set to compete this weekend at the Three Nations tournament in Karpacz. 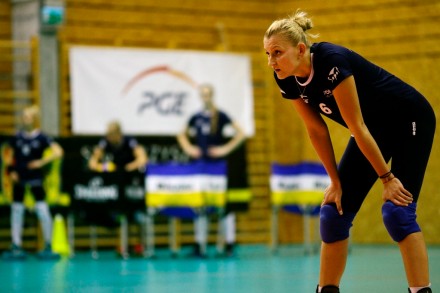 “We do not think we may suffer a defeat there or that the other participating teams are better than us” says Atom Trefl opposite player Anna Podolec. “We have been working really hard for the past few weeks and we have set very high goals which is to win all the matches we will contest there. We want to show our value also on the international stage, make our head coach happy with us and add another trophy to the collection of our club” she continues.

Tauron MKS DABROWA GORNICZA was Atom Trefl opponent in the Championship series completed this past May but in Karpacz SOPOT will be playing another two teams set to compete in the 2014 CEV Volleyball Champions League. “I guess that the strongest opponent there will be Tauron MKS. We know the way they play and they are always strong. Our clash will be very interesting for the fans especially as by this stage of the season all teams want to show that they are getting better and stronger than ever before” Anna Podoleccontinues.