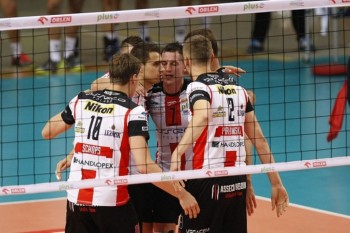 It was a great battle. Both teams wanted this trophy really badly although it is one of the less precious in the season. And that resulted with a five sets of fantastic volleyball.

Zaksa started better. Maybe it was a surprise for someone because this team left without two important players this summer. But, brave guys from Kędzierzyn-Koźle took the first set!

Reaction of a champion was expected and it came immediately. Second set Asseco Resovia won quite convincing, and then clinched third one with just two points more than opponent. But it wasn’t over. Zaksa recovered, fought back and we had a tie-break!

There, Resovia was constantly in lead, but Zaksa managed to equalize on 13:13! The next point was decisive one by our opinion. First attack was a failure by Resovia, but Zaksa coundn’t organize a counterattack. Champion got the second chance, then even a third one after saving a block… That one was not missed. Resovia took 14:13 lead… After that set and a match with a great block.

Man of the match was David Konarski of Asseco.