After winning their last couple of matches in prelim Pool F of the 2014 CEV DenizBank Volleyball Champions League – Men, Poland’s JASTRZEBSKI Wegiel want to prolong their positive streak as they host Romania’s Tomis CONSTANTA on December 3, 2013. JASTRZEBSKI won the away game in Romania (3:1) and before that also beat Hypo Tirol INNSBRUCK of Austria in the third round of the prelims. 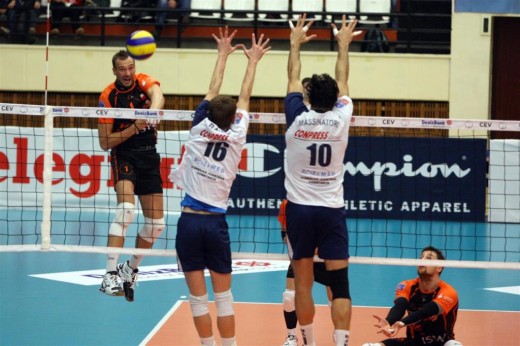 The players around former Volleyball star Lorenzo Bernardi are currently ranked second in their group with the standing topped by Halkbank ANKARA of Turkey which has a perfect record of three wins in as many matches.

“We want to win this home match and make another step forward to the Playoffs” says team captain Michal Lasko.

“We are about to enter the deciding stages of the prelims” Bernardi adds. “We know the importance of this home match with Tomis. They have showed their potential as we played them in Romania and we also know it may be tough for us, so we must be ready for a real battle.”