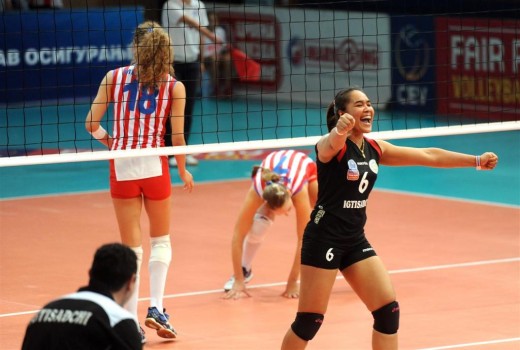 The team from Azerbaijan’s capital city will try to prolong their winning streak in Pool B and make it three in a row. Igtisadchi currently has five points after two rounds while their opponents from Italy have three after their straight home victory over Crvena Zvezda BEOGRAD.

“This game will feature two strong teams but we believe we can show another good performance tonight and claim a good result” says Igtisadchi head coach Bülent Karslioglu. “As we are hosting this game, we strongly believe in our chances to win” he continues.

“We expect a tough match tonight but nevertheless we will be doing our best to show a great game and fight for the victory” says Igtisadchi team captain Wilavan Apinyapong, who just competed at the World Grand Champions Cup in Japan with Thailand’s national team ending up in fifth place there.