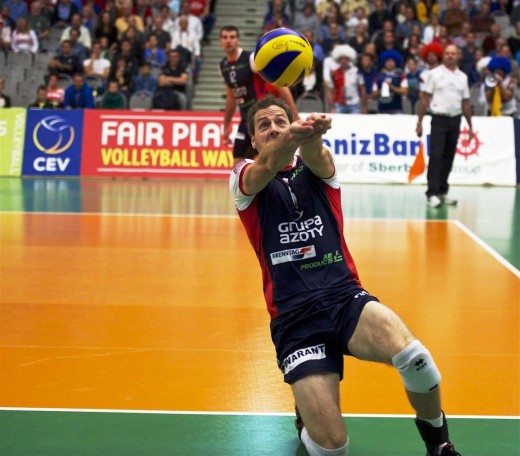 Poland’s vice champions now need to rout Germany’s VfB FRIEDRICHSHAFEN in straight sets and to hope for a combination of favorable results in other matches so as to possibly finish among the second-ranked teams with the best score.

“Though our chances to make the Playoffs 12 are very slim, we still believe that a miracle can happen” says Zaksa head coach and former Volleyball star Sebastian Swiderski. “We must play our best so as to beat VfB in straight sets and then we’ll wait and see. Most of all we would like to give our fans something to cheer about as they have been supporting us since the start of this adventure” he adds.

On Saturday Zaksa won their last game in the national league beating Trefl GDANSK 3:1 but they had to travel for 27 hours to make it to the venue of the game as their journey was disrupted by very bad weather conditions. The team got stuck for some hours at the airport in Krakow and in the end traveled to Gdansk by bus.

“These difficult circumstances were nevertheless useful to strengthen the team spirit and show that we can count on each other” says team captain Michal Ruciak. After this away victory the players believe that they are back on track and ready to seize the night as about 1,500 fans shall be in attendance at the Azoty sports hall.