On Friday evening Poland beat Iran 3-1 in Gdansk during the last weekend of the Intercontinental Round of the 2014 FIVB World League and Poland captain Michal Winiarski said the team finally showed a good fight. 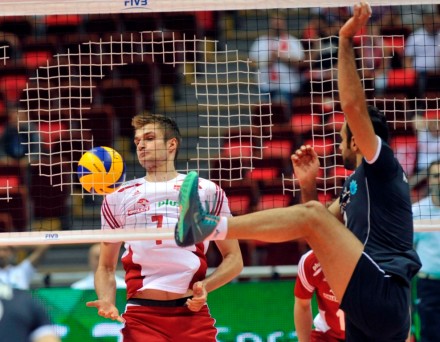 Poland captain Michal Winiarski: “This was a very important victory today, especially after those three losses in a row. We finally showed our personality, because we managed to recover after the loss in the first set, when there was a lot of pressure on us. We fought very well. What we have to work on now is how to use the opportunities we get, because we almost lost two sets in which we were leading.”

Poland coach Stephane Antiga: “I know that Iran can play better, but we can too. We showed our character after those three consecutive losses.”

Iran coach Slobodan Kovač: Poland played very well, especially in the last three sets. We could have played better. After the first set we did not stay on the court. We need to play better tomorrow. It is a strange situation for us, because we came here with the qualification to the Final Six already earned. The crowd was not a problem for us. In Teheran we had similar atmosphere. We didn’t lose because of the spectators, but because we played worse.”

Iran captain Saied Marouf: ”We did not play our volleyball, we had nothing to say on the court. I think it was our worst day in the tournament so far.”

See more photos from the match in WoV Galleries.