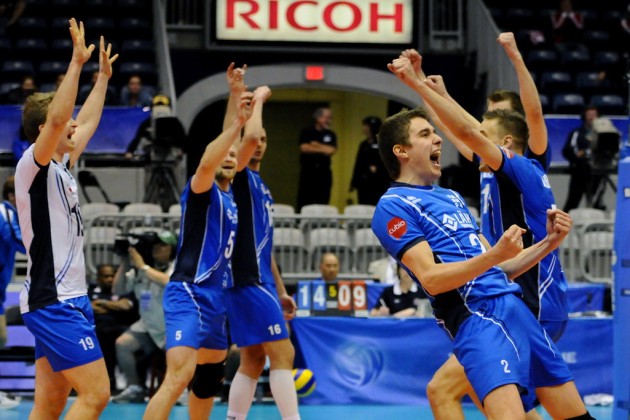 Olli-Pekka Ojansivu was spectacular for Finland with 29 points, Antti Siltala added 16 and was stupendous in the second set in particular. Matti Hietanen added 13. Zbigniew Bartman – who took to the court from the third set – and Michal Winiarski both had 18 points for Poland.

In the first set, Finland had a great start, building a 14-10 lead. But Poland dominated the second half and capped the set on a kill by Jakub Jarosz.

The Finns continued to attack in the second set thanks to a dominant performance by Antti Siltala. After a service error, Pekka-Olli Ojansivu scored a kill to give Finland setpoint. A service error by the Poles tied the match 1-1.

The Finns put the pro-Polish crowd in shock as they controlled the third set from start to finish. The Poles got a lift with the entrance of star player Zbigniew Bartman midway through, but it wasn’t enough. Ojansivu delivered two consecutive service aces to put the Finns in control.

Bartman came back strong in the fourth set with seven points, including a service ace to tie the match at 2-2. The always reliable Michal Winiarski scored the last two points for Poland, while Ojansivu scored big points late in the set to keep it close.

In the fifth set, nothing could stop the Finns, especially Ojansivu, who scored two more aces to finish the match with five.