Four players of Asseco Resovia refused to receive the honorary citizenship awards from the city of Belchatow. The only one who accepted is Krysztof Ignacak. 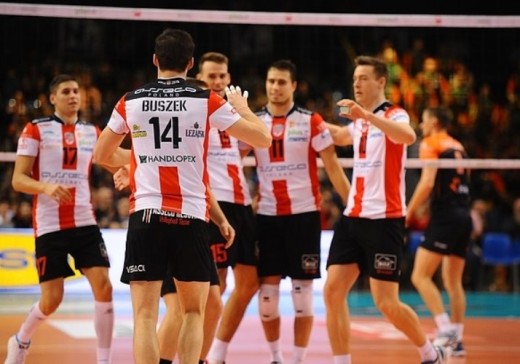 But, it turned out that five out of 14 players who won the gold medal, don’t want to receive awards. Four of them are players of Resovia – Fabian Drzyzga, Piotr Nowakowski, Dawid Konarski and Rafal Buszek. The fifth player who refused was Michael Kubiak, who plays in Turkish Halbank.

Probably, the reason of refusing is a huge rivalry of two teams – Skra Belchatow and Asseco Resovia Rzesow! The award ceremony will be held on November the 7th.

What a boors… It’s all about national team to gave award to all players from this small city which is part of our volleyball life. Pathetic players don’t want to forget about club rivalisation…

It’s disgusting, no matter from where they come from, where they play, they won gold for Poland and it’s award from polish city/village no matter what especially when there is placed the best polish club, better than their Resovia.

Omg so they should recieve the honorary citizenship from every city and town in Poland? Be serious. It was stupid idea form the beginnng. You should mention lokal election which takes place in Poland this months…