WGP W: Poland goes through ups and downs in opening round of World Grand Prix

Poland’s national team scored only one win and suffered two losses this past weekend in the opening round of the 2012 FIVB World Grand Prix that stopped in Lodz. Head coach Alojzy Swiderek said his players have to improve – and quite significantly – the quality of their play if they want to make it to the finals that are scheduled for late June in Ningbo, China. 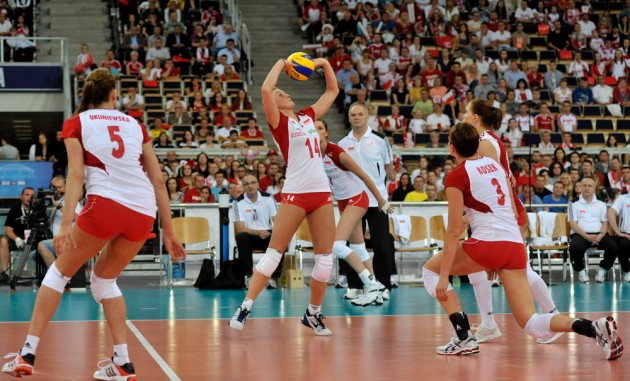 On Saturday Poland lost 1:3 to Italy (22-25, 25-23, 20-25, 29-31), once again lacking the right focus to edge the group mentored by former Volleyball star Marco Bracci. “I am happy with our first win in this edition of the Grand Prix, we fought bravely and we deserved this win. The referees made a couple of mistakes but this is not too bad” said Italian star Serena Ortolani.

On Sunday Poland stretched to the tie-break the match with Brazil but the 2008 Olympic champions eventually got the upper hand there. “I congratulate Brazil on this win as well as on their leadership after this first round here in Lodz” said head coach Swiderek. “Brazil remains the best example out there in terms of players’ development right from the youth age group up to fully professional athletes. I admire this team and their way of playing, and especially their great block-defense system. Those who want to see and scout Volleyball at its best shall follow matches like the one Brazil played today. I hope we can cross our ways again at the finals in China”.

Having missed out on the qualification for London 2012, the FIVB World Grand Prix remains the major priority of Poland’s national team for this season.

ARG: Meeting of coaches and officials in misiones

PUCHAR POLSKI: Anastasi – “To defeat such...