POL M: He scored 47 points on one match, now he signed with Jastrzebski

Another one! Jastrzebski has made one more move on the transfer market. 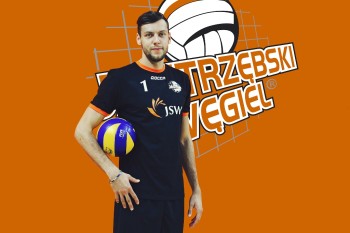 Jastrzebski announced the signing of Patryk Strzezek! This 26-year old Polish opposite started his senior career in Asseco Resovia. Then he played one season for MKS Orzeł Międzyrzecz and two seasons for Joker Piła. In 2012 he decided to go abroad so he joined Belgian club VBC Waremme. There he got famous for scoring 47 points on a single match, while he was the best scorer of the league in 2012/13 season.

Finally Strzezek decided to return to Poland last summer when he accepted the call of AZS Politechnika Warszawska. He played only 18 games in the previous season, so he decided to move on… Jastrzebski showed interest to sign him and two sides made an agreement.

ESP M: Unicaja Almeria or CAI Teruel – Which side has stronger roster?