Since there are only few hours left until the 2016 FIVB World League Final Six opening game, it is about right time to start wondering which players will be in line-up of those four teams playing today… 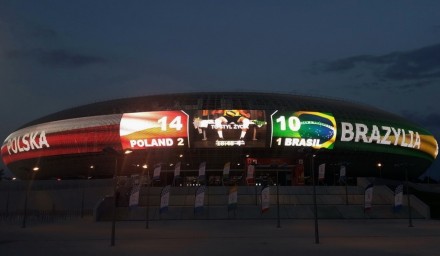 According to previous three weeks of the preliminary round, Brazil‘s coach Rezende will most likely choose his son Bruno as setter, Wallace as opposite and Serginho as libero. The only two positions on which he might have dilemma are receiver and middle blocker. As for receivers, Lucarelli is almost certain, but what about second receiver – Murilo or Lipe? And who will join Lucão as second middle blocker – Isac or Maurício Souza?

Italy‘s head coach Blengini has faith in setters: Giannelli, libero Rossini, opposite Zaytsev, middle blocker Buti and receiver Juantorena. Position of the second receiver in uncertain (Lanza or Antonov) as well as the second middle blocker (Cester or Piano). Also, there is huge possibility Blengini will choose Vettori as opposite and move Zaytsev to receiver position.

Poland and France will meet in the second match (20:30 CET).

Poland will likely start with Drzyzga as setter, Kurek as opposite, Nowakowski and Bieniek as middle blockers, receivers Buszek (unless coach Antiga decides to take the risk with Mika, who is still far from old shape) and Kubiak and libero Zatorski.

As for France, it is well known that their coach Tillie does not like to experiment. So, ‘Team Yavbou’ line-up should look like this: receivers – Ngapeth and Tillie, middle blockers – Le Roux and Le Goff, opposite – Rouzier, setter – Toniutti and libero – Grebennikov.