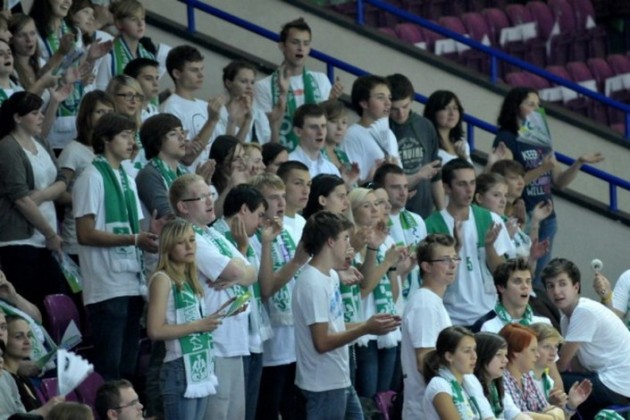 Jastrzębski WEGIEL lost to the below listed AZS Politechnika WARSZAWSKA with 1:3. Are you surprised by the attitude of the team from the capital of Poland?
“No, I’m not surprised. I think that the team from Warsaw was better than us and deserved to win. Since the beginning of the meeting put us in difficult conditions, and we were not able to get back into the game. Now our task is to draw conclusions from this failure.

This is your first season in PlusLiga. Deciding to play in Poland you asked for advice Gyorgy Grozer and Patrick Steuerwalda?
“I asked for their opinion. But before I followed the Polish league, I knew a lot of things on this topic. Match with AZS Politechnika WARSZAWSKA has shown that the playing level is very high. Theoretically weaker team can show the class. Jastrzebski Węgiel play for me is not only a very interesting experience, but also a challenge. For my position I got very good competitor – Tiago Violas. In addition to volleyball in Poland comes to a lot of fans and we know that the full stands and cheering the game is a lot better”.

What do you think of your rival?
“Tiago is a nice guy and a very talented. When the game is “not sticky“, the setter is to calm her down. It fulfills this task, one hundred percent. The first game he played very well. It is a strong rival in the battle for a place in the team”.

You mentioned the popularity of volleyball in Poland. How is in this respect in Germany?
“This year, when I qualified for the Olympic Games in London, actually in the hall appeared more fans. German volleyball is a big competitor against the football. Our players are successful. Therefore, the media and sponsors are mainly interested in this discipline of sport. We need a big international success for our team to permanently break into the television. It will be a tough task, but I think we are on the right track”.

You played in different leagues in the world. Where to now feel the best?
“It’s hard to specify one place. In each country was something that captivated me. All I remember very nice. I liked in Russia, Turkey and Greece. I like Poland also. The organization is very good, everything is professional, and the volleyball is at a very high level. People in Poland are very nice and friendly. Everyone is trying to help me as best they can. I feel very comfortable here, so I can focus only on the volleyball.

It was a long season presentable. German team played in the Olympic qualifying, the World League and the Olympics in London. Are you tired?
“Of course, the body feel tired after the games because we played almost without interruption. But I’m not complaining. Representative season came to an end, and the league started. I am very happy that I could be here. Now start a new period in my career. It is a pity that my debut in PlusLiga delayed due to injury. Match with Warsaw was my first meeting with new club mates. Now I have to try to get back into the game as quickly as possible. I think I needs some time.

WCC W: Rabita Baku to defend the crown in Qatar

POL M: The leader will play in Wyszków