"It is nice to visit old places and meet with colleagues from PGE Skra." Bartosz Kurek wrote on his facebook. Dinamo will play without Kurek and PGE Skra without Plinski. Read latest volleyball news on Worldofvolley.com. 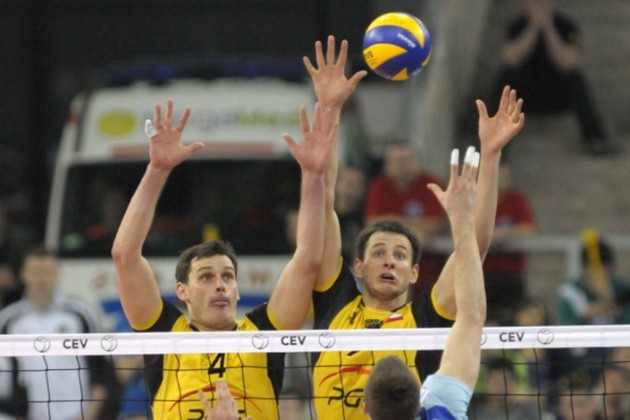 On Wednesday, in Atlas Arena at Lodz (start 20.30) PGE Skra Belchatow will host Dinamo Moscow in the third round match of the Champions League. According to the Bełchatów club’s website on the floor will also be Bartosz Kurek and Daniel Pliński.

On Tuesday evening’s technical meeting coaches Jacek Nawrocki and Yuri Cherednik announced the twelve players will be playing on Wednesday. Coach Jacek Nawrocki decided that Pliński will not be in squad of match. The player is not feeling well since the last match against Delecta in PlusLiga.

Dinamo‘s Bartosz Kurek will not play at this match. Coach Yuri Czerednik decided that PGE Skra former player is not yet in a position to help the team and will be as a fan in the Atlas Arena.

POL W: Andrzej Peć: balanced and high level of the game in the I league