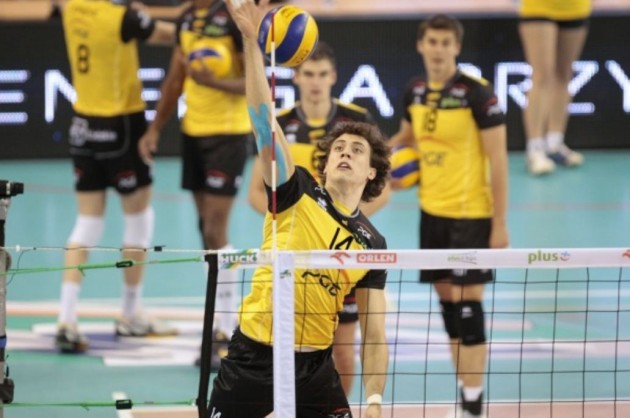 Thanks to this victory they advanced to the fourth place in the table. Coach Jacek Nawrocki decided on two changes, in place of Mariusz Wlazly and Michal Winiarski he played Michal Bąkiewicz and Yosleyder Cala.

The first set was the most exciting part, for a long time neither team could get a two-point lead. Finally, PGE went on the second technical time-out 16:14. Olsztyn, came to (18:17) with an ace by Wojciech Ferens, but that was all. Wytze Kooistra ended the set with an ace.

In the second set Olsztyn was close until 18:15. Then Mariusz Wlazły stepped up the play. Radoslaw Panas‘ team managed to get only two more points, and again lost a set.

In the third Indykpol AZS took the lead 4:1, 8:3. Olsztyn played very smart and did not allow the hosts to make up for the loss. They won it confidently like Belchatow won in the previous two sets.

Another lost set would cost PGE a point loss, so Belchatow had to win the fourth set. They won, gained three points and moved up three places in the table.