As it plays host to Crvena Zvezda BEOGRAD of Serbia, Zaksa KEDZIERZYN-KOZLE is very much determined to claim its last home game in the prelims of the 2013 CEV Volleyball Champions League. It is still questionable if Antonin Rouzier, Dominik Witczak and Pawel Zagumny, all injured, will be included in the line-up for this home round. 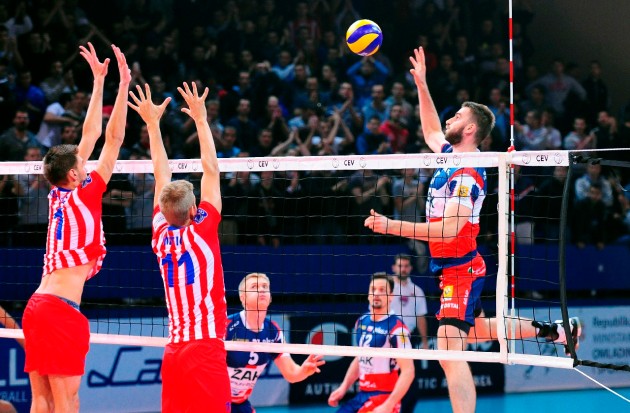 “We have got a very strange situation in our team. Injuries have plagued some of our best players but those who have taken their spots have been able to deliver a series of terrific performances” says Zaksa assistant coach and former international star Sebastian Swiderski. “As we jumped into this campaign we definitely thought we would have been able to rely on the best players by the right and most important moment of the season. However, even though this is not reality, after our 0:3 home defeat to TRENTINO, we have claimed good results and via this game with Crvena Zvezda we want to show that we aren’t sitting on top of the charts in the national league just by chance” he adds.

Zaksa edged Crvena Zvezda in straight sets some weeks ago in Serbia but the young guys in red and white stripes demonstrated their quality and skills. It is still questionable if Antonin Rouzier, Dominik Witczak and Pawel Zagumny, all injured, will be included in the line-up for this home round. “However, our main goal remains to play good and contribute the nicest St. Nicolas present to all of our fans” stresses club President Sabina Nowosielska. “There will be many adults with their children in the sports hall and hence we could celebrate that day in a very special way” she concludes.