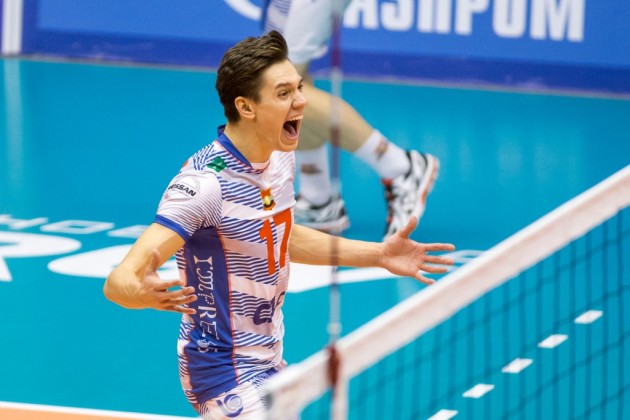 According to volleyball.it, Zenit Saint-Petersburg will try to attract several big names for the next season. When they were founded, 3 years ago, the club management had an idea to immediately interfere into battles for trophies and to reach some of them. Since they failed to do so (claimed 2 silver medals), the namesakes of the more famous Zenit-Kazan will try to engage a package of high-level players in the summer.

These names are on the radar of the one-time Russian Championship and Cup runners-up: the French setter Antoine Brizard from VERVA Warszawa ORLEN Paliwa (Poland), Kuzbass duo Viktor Poletaev – Dmytro Pashytskyy, and on of the best outside hitters in the world Egor Kliuka from Fakel. Allegedly, Zenit St.Petersburg are ready to waive German opposite hitter Georg Grozer.

BOOM! Look at the reaction of Muserskiy...