Due to the pandemic of Covid 19 coronavirus, the Russian volleyball teams have decided to send players on a „holiday“ until April 30. 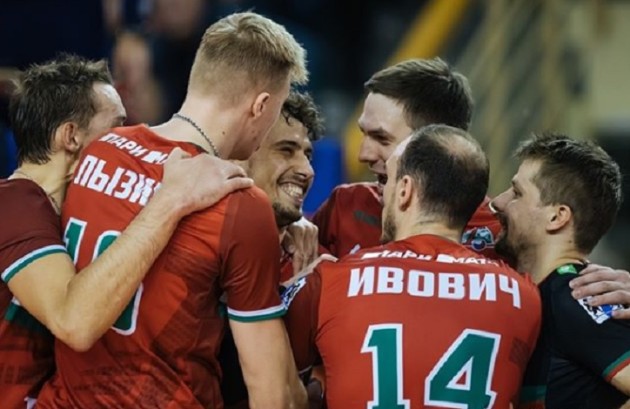 To be more precise, players won’t be practicing together, they will spend time with their families. Those were recommendations by the Russian government.

According to the sport.business-gazeta.ru, there is unofficial information that the season 2019/2020 won’t be continued.

After receiving these recommendations many clubs of the male and female super leagues held today the last training sessions and afterward they were all sent home. Probably, they won’t get back together until the next season.

Who will be the champions of the Russian Super Leagues?

The president of the Russian Volleyball Federation has offered clubs to consider all the options. If the clubs in Russia can’t find any solution – the first option will be to finish the season according to the current standings.

That means, Lokomotiv Novosibirsk will take the trophy in the men’s super league, while Dinamo Kazan will be the champions of the women’s Russian Super League.

However, these are still unofficial information.

„If the clubs can play with the same rosters, with the same foreign players, then Lokomotiv will continue the Russian championship after a pause. But to keep the team in the current squads is impossible. And it would be more logical to end the season following the results of the regular season. Immediately after a pause, it will be difficult to get in shape. Because of this, the “Final Six” can be postponed to the end of May – beginning of June, and by that time contracts with many foreign players will end, and some of them may simply not arrive in Russia at the end of the season.“

However, some of the clubs are not for such an outcome since they are looking for better positions through the playoffs. Zenit St. Petersburg (5th place in a regular season) and Fakel (6th place) won’t accept to end the season according to the standings in the regular season.

In the women’s super league, the general director of the Moscow Dynamo Vladimir Zinichev is categorically against defining the final places by the regular season, noting that he does not support those who want to get medals for incomplete competition. This is not surprising – his club took the 4th place in the regular season and for the first time since 2004 may stay without a medal.

We are going to follow the situation in Russia.

Recall that a player of Zenit Kazan was tested positive on Covid 19 coronavirus.