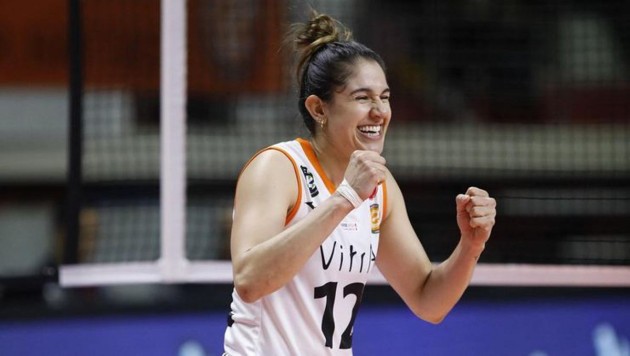 The Russian side Dinamo Moscow has agreed to terms with the 2012 London Olympics champion with the Brazil National Team, Natália! The General Director of the club from the Russian capital, Vladimir Zinichev, revealed this information in a statement for TASS.

In the 2019/20 season, the 31-year-old outside hitter played for Turkey’s Eczacıbaşı VitrA. The official of Dinamo added that the question of the second foreigner is still open. Natália has been playing for the Brazil National Team since 2005. She’s a six-time FIVB Volleyball Nations League winner, a two-time FIVB World Grand Champions Cup winner, a four-time South American Championship winner, as well as two-time Pan American Cup winner. Among Natália’s major individual awards, the MVP of the Volleyball Nations League (two times) stands out.

In separate news from the same website, Zinichev confirmed that Dinamo parted ways with both foreigners, American Lauren Carlini and Czech Helena Havelková, but also with Ekaterina Raevskaya, Ekaterina Lyubushkina (will pause her career), Darya Stolyarova, and Viktoriya Rusakova.

However, besides the arrival of Natália, the Dinamo fans will certainly be delighted to know that the main star of the team Nataliya Goncharova and Irina Fetisova, both the country’s national team members, extended contracts.