The name of the legendary Russian male volleyball coach Nikolay Karpol will be added to the Guinness book of world records! 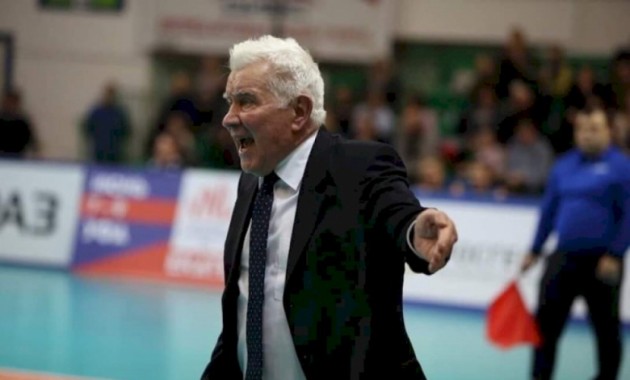 Probably the best-ever Russian coach, a member the International Volleyball Hall of Fame, Karpol, will be soon a part of the Guinness World Records for most years spent continuously at the helm of a single team.

He has been at the helm of the Russian women’s side Uralochka-NTMK since 1969, meaning that he has just entered the 51st year (52nd straight season) coaching the Ekaterinburg side. The previous record of 50 years in a row as a coach in a single team was held by American Connie Mack, who was at the helm of a baseball team Philadelphia Athletics from 1901 to 1950.

By the way, Karpol celebrated his 82nd birthday on May 1. President of the All-Russian Volleyball Federation (VFV), Stanislav Shevchenko, said they will file an application to the Guinness World Records to register Karpol’s record. Taking the helm as the Uralochka head coach in 1969, Karpol led the club to 11 national championships during the Soviet era and to 14 wins in the Russian Championship. Apart from coaching Uralochka, Karpol commanded national teams of the Soviet Union and Russia, winning two Olympic gold medals (1980 and 1988) with the former team.

BRA W: Minas give up on De la Cruz, reach agreement with Hodge-Easy

Watching Nikolay Karpol and Yevgeni Trefilov (handball, head coach of the Russia women’s national team) during the timeouts always made me feel sorry for these girls and was amusing at the same time. They both created the stereotypical image of a typical Russian coach – a big guy, always unsatisfied and yelling at everyone 🙂 Still they both achieved a lot and it cannot be denied.