On Tuesday Uralochka-NTMK EKATERINBURG claimed their second consecutive win in the Challenge Round of the 2013 CEV Volleyball Cup – Women edging once more France’s SES CALAIS (25-10, 25-17, and 26-24) thereby making it to the semis of that competition and play there the winner of the clash starring Fenerbahce SK ISTANBUL and Poland’s Tauron MKS DABROWA GORNICZA. Read latest volleyball news on Worldofvolley.com. 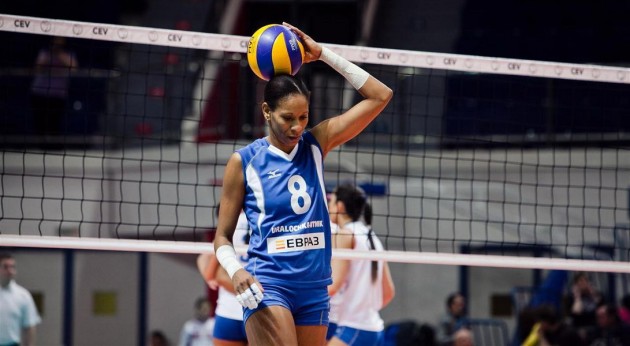 Uralochka easily pocketed the first two sets (25-10, and 25-17) as the hosts were paced by a trio composed by Strashimira Filipova, Alexandra Pasynkova and Yumilka Ruiz, the Cuban spiker that is back in action after coming out of retirement (she had lastly played for Cuba’s national team at the 2008 Olympics in Beijing). Maria José Perez Gonzalez – i.e. the best player of SES CALAIS – was easily controlled by the Russian block and she eventually spent quite some time on the bench ending the game with only six points to her credit. However, SES CALAIS clawed back in set 3 as Uralochka went up 19:16 but the score was eventually leveled by the guests. A very close final rush followed before Uralochka could celebrate a well-deserved 3:0 win at the end of a dramatic money time (26-24).

Badis Oukarache, head coach of SES CALAIS, said after the game: “I would like to congratulate Uralochka as today they stood out in every single fundamental. Their reception was as solid as a rock, their defense system worked well and in offense they were extremely effective too. Today the main star of our team, Perez Gonzalez, did not play much but this was my decision”.

“We had a difficult match last week in France where we suffered the jet lag. However, this time we looked very determined and well prepared” said Uralochka assistant coach Vladimir Vertelko. “Of course it does help when you play at home. We did relax after the first two sets but could also re-group so everything went well in the end”.