RUS M: Lokomotiv beat Zenit-Kazan in match with one of highest set scores in volleyball history

Lokomotiv beat Zenit-Kazan in four sets in the last match in the Russian Men’s Volleyball Championship in 2020. 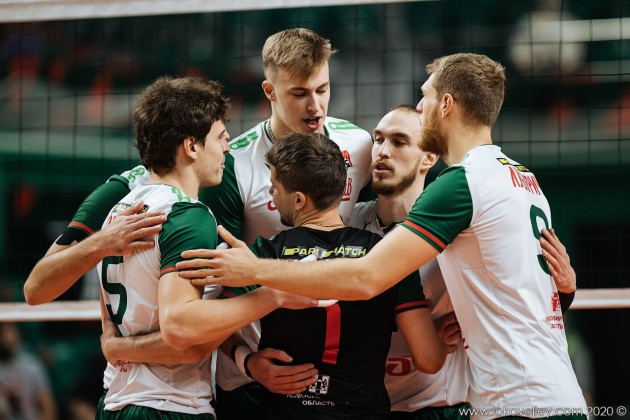 Lokomotiv ended the series of defeats from Zenit-Kazan that amounted to 18 matches. The last time when current club champions of Russia beat the Tatarstan giants was in November 2014.

Both teams approached this match, valid for Round 15 of the 2020/21 Russian Men’s Superliga Parimatch regular season, not in the most joyful mood, losing semifinals of the Russian Cup in five sets each. Furthermore, Zenit-Kazan suffered three defeats in a row (two in the league and one in the cup), closing 2020 in a painful way.

The opening set of today’s encounter was breathtaking. ’Loko’ prevailed by a 43-41, which ranked this set ninth in the (unofficial) list of the highest set scores in the history of the world volleyball! The most productive player of the match was on the winning side – Sergey Savin (24 points), while Ilyas Kurkaev set up 4 blocks.

Zenit Saint Petersburg earned their fourth win in a row, while Dinamo Moscow recorded the third win in a row. Gazprom-Yugra achieved their first success in the league, following 11 losses. 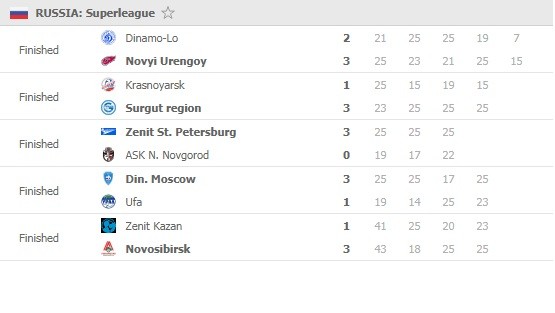