Russia beat Serbia 3-0 on Friday in the first of their two FIVB World League meetings of the weekend. Nikolay Pavlov and Spiridonov Alexey topped the home side’s scoring with 16 and 14 points respectively, while Aleksandar Atanasijevic scored 14 for the visiting side. 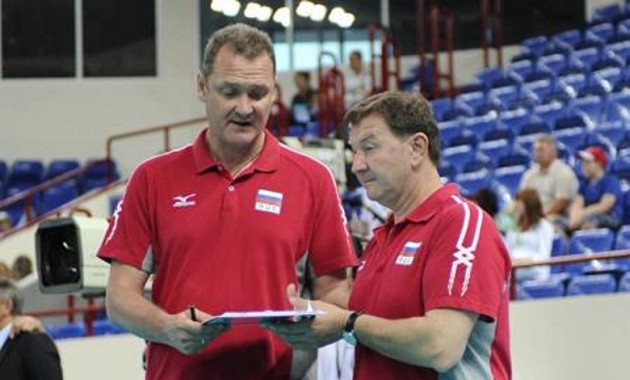 The opening set saw both teams come out strongly, trading points up to the technical time-out (8-6), but the powerful Russian side then jumped 10-6 ahead. Fine work at the net by Russia meant the visitors struggled to recover, but Serbia finally found their rhythm to level the score at 20-20. They traded points, with the Serbs having a game point at 26-27, but Russia regrouped. Coach Andrey Voronkov took a time-out and his side attacked well to take the set 29-27.

Serbia started the second set slowly, with some mistakes when receiving the ball, letting Russia’s Nikolay Pavlov and Alexey Spiridonov attack effectively. Soon the hosts gained a four point advantage at 10-6. Blocks from Nikolay Apalikov and aces from Evgeny Sivozhelez extended the lead to 18-10, and Russia maintained it till the end of the set 25-14.

It was more of the same in the third set. Russia‘s superior attacks, led by Alexey Spiridonov, again gave the hosts the lead. They were 8-6 up at the first technical time-out, and successfully kept their distance. Serbia couldn’t respond, making service mistakes, and Nikolay Pavlov closed the match for the 2012 London Olympic Games gold medal winners.

Nikolay Pavlov and Spiridonov Alexey topped the home side’s scoring with 16 and 14 points respectively, while Aleksandar Atanasijevic scored 14 for the visiting side.