RUS M: BREAKING: Gamova accepted to play at the WCH!!!

This is most certainly story of the day! 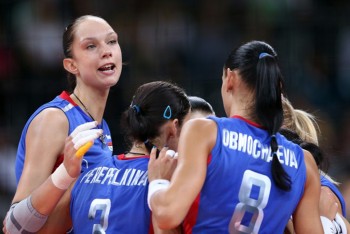 Ekaterina Gamova accepted to return to the National Team, and she will play for Russia on the next World Championship! This info has been confirmed by Vladislav Fadeev, General Manager of the Russian Volleyball Federation.

“We have made an official offer to Gamova to play at the World Championship. Coach Marichev phoned her and Ekaterina agreed to return to the National Team. It only remains to coordinate things with her club Dinamo Kazan. It is planned that she joins the National Team after Grand Prix” said Fadeev.