RUS M: Spirik is back, Zenit perfect against Fakel

Zenit Kazan keeps blowing to the neck of Belogorie Belgorod at the top of the standings in the Russian Super League. 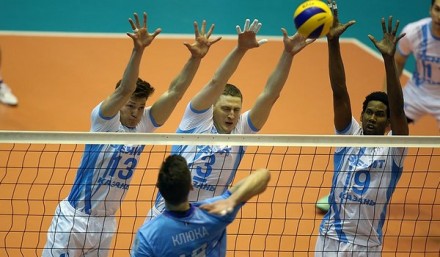 A title holder was superior in the 16th round as a visitor against Fakel Novy Urengoy, who also has an amazing season.

Alexey Spiridonov, who went beck into team after an illness due to which he missed the Russian Cup, with 14 and two players with 13 (Wilfredo León and Alexander Gutsalyuk) led Zenit while in Fakel, Dmitriy Volkov had 8.

The newest reinforcement of Zenit, the Iranian setter Saeid Marouf stil did not arrive to Kazan.

It is expected to be on January 10, so his debut will be, either in the 18th round against Belogorie or in the next versus Kuzbass Kemerovo.