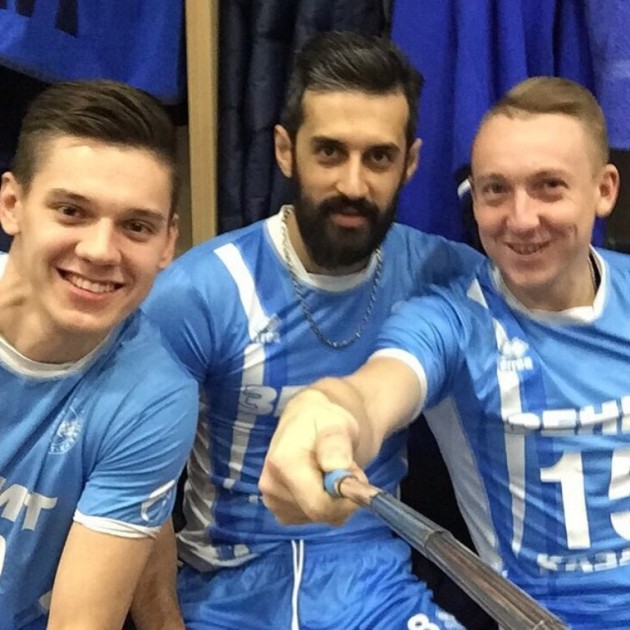 Team from Kazan did not have problems to score new three points, especially because Krasnodar was without 5 major players on this game. The important thing is that Saeid Marouf made a debut for Zenit. Iranian player showed some fantastic moves, and even wanted to finish this match when he spiked “the second ball”, but he was blocked. However, Zenit used the second match ball and seized a straight sets win.

At the same time Belogorie somehow managed to save all three points in the match against Gazprom-Yugra. Away team had a big chance to take this game into the tie-break, had a lead of 16:13 and 22:20… But Georgiy Grozer saved team from Belgorod. German international had some “cannon ball” spikes and led a comeback of Belogorie in the fourth set.

Ok, I’ve been watchin a lot of volleyball players but Marouf is the magician!

PHOTO OF THE DAY: Seven players on...