The monstrous winning streak of Zenit Kazan in all competitions continued! It beat Yugra-Samotlor Nizhnevartovsk away in three sets (25-21, 25-20, 25-22) in the 23rd round of Super League for the 15th consecutive win in the national championship and 24th overall! 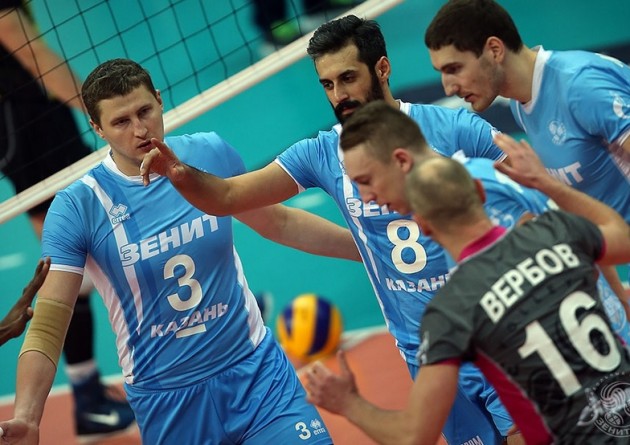 The Cuban Wilfredo León remained in Kazan due to injury, but it didn’t affect the attacking power of the second placed team in the standings, because a week of training left Evgeniy Sivozhelez in good shape.

Zenit’s coach Vladimir Alekno also decided to give a rest to the captain Nikolay Apalikov.

Third placed Dinamo Moscow was successful as well and beat Neftyanik Orenburg in three sets while the last member of the Russian great quartet, Lokomotiv Novosibirsk, smashed Fakel Noviy Urengoy at home in a derby.