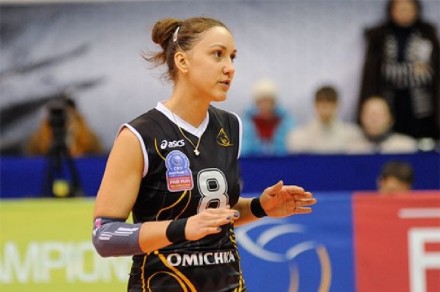 As a member of Russian national team at World Grand Prix 2011 she was awarded as a Best libber of that competition.

RUS M: Tolochko instead of Konstantinov