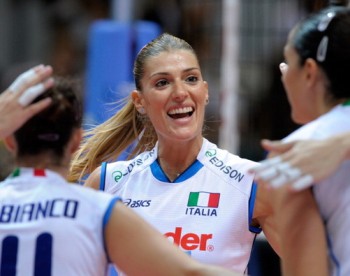 Italy started off slowly suffering under the pressure of attacks from Poland, and then slowly took the right pace and won the first set, after a good recovery (26-24).

More fighting at the start of the second set which was equal, up to 15-16 when the Italians started playing more decisively, and closing it 25-20.

In the third set they were always in control, Poland never worried Barbolini’s team (25-22). Among the Italians the best scorer was Ortolani with 14 points including 3 blocks. Arrighetti was also good before she went from the field (her injury should not be anything serious, it will be known in the evening), she had racked up 10 points. On the Poland’s side Kasprzak gave a convincing performance with 21 points.

Tomorrow they will play against Cuba, while on Sunday they will conclude the tournament, facing the hosts Russia.