Attacker Irina Kuznetsova will not stand for Dinamo Kazan in the next season, said the agency R-Sport club CEO Sergey Chernyshov. 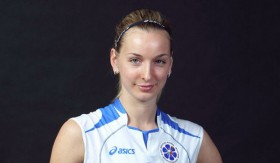 “The contract with Kuznetsova was not renewed. Irina continue her career at another club. It is not known in what exactly. It takes place in the 16-year-old Irina Voronkova, which debuted in Dinamo last season – said Chernyshov.

In the off-season of Dinamo joined Tatiana Kosheleva, Heather Bown and Alexandra Efremova.

RUS W: Lyubov Sokolova: With Fener I shall be narrowed. To play, I hope I can at a tournament in Alassio