RUS W: Lyubov Sokolova: With Fener I shall be narrowed. To play, I hope I can at a tournament in Alassio

One of the main events of the tenth cup of Boris Yeltsin is the arrival of the national team to the location by Lyubov Sokolova. Two-time world champion and member of four Olympic missed the Olympic qualification in Tokyo and has worked with the team at the June gathering in Volley Grad. Today, she answered questions from special correspondent Andrey Anfinogentov. 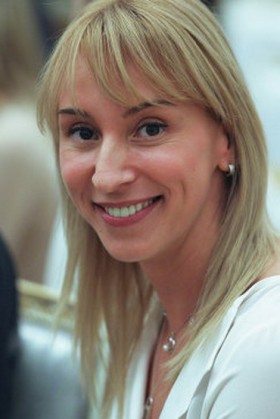 – You have declared on tournament, but to play Urals Mountains do not give, not including in the application for a match. The team with Italians which will solve destiny of a title of the Cup of Yeltsin waits. For you to wait on a platform in this game?

– No, I did not play for the tournament.

– You find it frustrating?

– Any athlete wishes to be useful to a team, to play. Theoretically I can leave, but whether it is necessary to risk? I was not trained for almost a month. Naturally, the head coach does not want to risk, and I understand why he did not declare me on game.

– After Ekaterinburg, it is literally tomorrow in the evening, the team departs all over again to Moscow, and then to Italy, on tournament Edison Alassio Cup.

– I’m flying to Italy. To play, I hope I can at a tournament in Alassio. For me it is a familiar tournament, a familiar hall.

– Two years ago, before the world championship, if I am not mistaken, there you have lead the match first in a season for a national team.

– Yeah, right. In Ekaterinburg, we have worked with Tanya Kosheleva under the plan.

– From “Fenerbahce” you have officially said goodbye, new club yet have not found. There is an information that the Istanbul Grand insists on payment by you or new club of a certain compensation at a rate of a minimum of 70 percent from last contract.

– From “Fener”  I shall be narrowed.. Submitted documents to the FIVB, I asked please understand my situation. The new club, I believe, would find, but so far I’m a player without a contract.

RUS M: Zenit give chance to the...