What was announced by the Russian Volleyball Federation in May 2015 came true in February 2016. 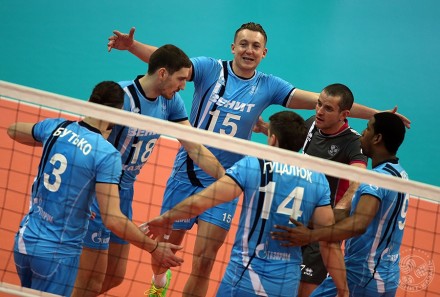 Now, it is official that there will be no playoffs in male and female Russian Superliga in the season 2015/2016 so that both national teams of Russia would have enough time to prepare for the 2016 Rio Olympics.

By this, Russian top division became the only top European chmpionship without any kind of playoffs in its schedule. It means that teams which end as first placed in the standings after regular phase will become title holders. At the moment, male team Zenit Kazan and female team Dinamo Moscow are the closest to win the trophy.

ITA M: Football is in blood of every Brazilian – Molfetta’s player confirms it! (VIDEO)