The Russian Men’s Volleyball top division side Dinamo Moscow allowed their middle blocker Kévin Le Roux to temporarily return to his home country to undergo a recovery from an injury. 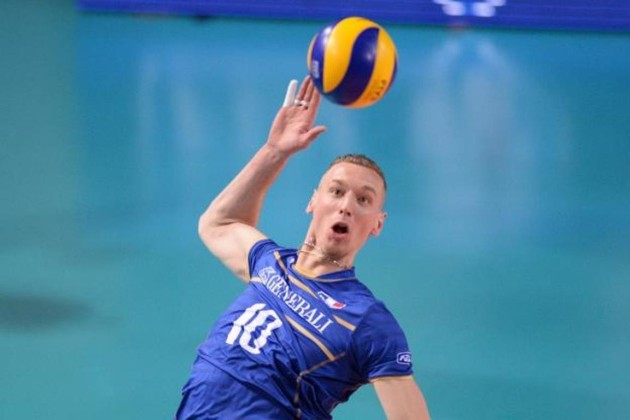 The French middle blocker Le Roux still did not make his debut for Dinamo Moscow in Superliga this season due to a back injury so the Russian club allowed him to go back to his national team and continue his rehabilitation.

“This morning we sent Kévin Le Roux to France for a recovery course to his doctor and returned to the club in a different physical condition. We took a certain risk, but the player asked for it by himself, and we, weighing the pros and cons, did not find a reason to not let him go. The player is worried about the periodical problem with his back, which he has since childhood,” said one of Dinamo officials.

“Now everyone in the team is injured in one way or another and, just like you, I think that this is an accumulated effect. The whole team cannot just suddenly break down: it means that they might be overtraining, some kind of an overload, maybe the wrong work in the gym, maybe,” he added.

Piotr Nowakowski injured – will he play against Resovia?

This means,go home and dont come back becouse you made 2 p every game

Re: @Sergey
very rude comment with no reason. Kevin is a good player and he unfortunately got injured. Don’t you think he would prefer to be healthy and play?
I see more and more players getting injured so maybe is time for FIVB to consider getting their competion calendar less crammed with games so players have time to rest and recupperate

Re: @former_player
He is not injured,read club explenation about his injury.He is good player but not top MB like Modena and Dinamo was expecting

A solid middle, an average experimental opposite, thanks to excellent setter and success of French National Team, Modena and Dinamo, made mistake thinking that he could make a difference in the top teams.