Defending champion of Serbia, Crvena zvezda after unexpected defeat in the derby against city rivals Partizan Vizura, on Tuesday will host Russian Dinamo MOSCOW at the 2014 CEV DenizBank Volleyball Champions League. This will be third time in the last three years that the same opponents will play against each other in the same Pool. After previous matches Dinamo is leading 6-0 in victories. 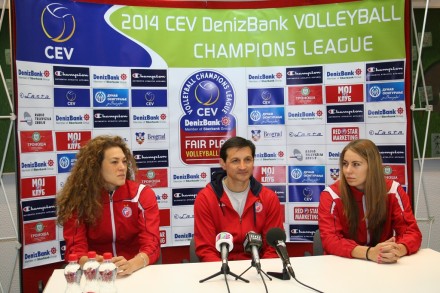 Coach of Crvena zvezda thinks that Dinamo has a powerful team with great physical predispositions „They have national players of Russia who are current European champions. We know them because we already played against Dinamo in the last two seasons of the Champions League, but they are always too strong for us”

“We always have a huge motivation in every game especially in the Champions League and against Dinamo Moscow. Against Partizan Vizura we have lost our concentration when it was important to score a point, but in this new game we can practice and find a player who will win a point in those important moments. Against Dinamo we must find a way to play with fun and joy but also with deep concentration. “says Julia Milovits, captain of Crvena zvezda

“For the first time in my career I`m playing at the Champions League and I must say that it is a pleasure. For all of us this is a great experience and we can learn a lot from these matches. With full motivation we can play good and maybe take some sets, points or maybe victory against our opponents. You never know what can happen in the volleyball. We will try to satisfy our audience with our play because in this moment that is the most important for us” concludes Adela Helić opposite of Crvena zvezda. 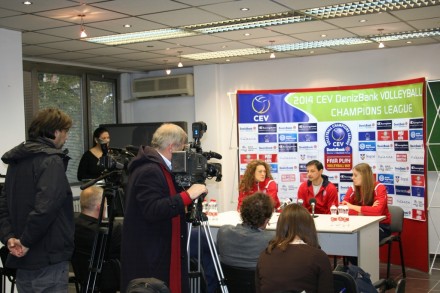