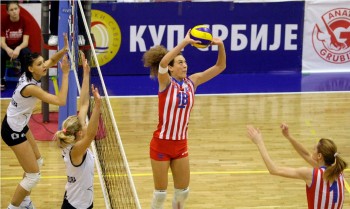 After three defeats in this season from Partizan (Supercup and two league games) Crvena zvezda won the most important one so far. Red and whites were in specific situation, because they were hammered by fierce rivals a week ago, and in the meantime changed head coach.

But, with new boss Laslo Lukač on the bench and very good Julia Milovits in the court, Zvezda used second match ball and seized first trophy in this season,

Bojana Milenkovic – “At the beginning, I...

The best of Aleksandar Atanasijević (VIDEO)