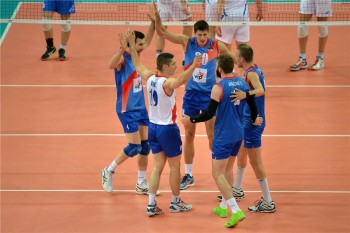 The third set was perhaps the decisive in this match. Serbia was in front by 24:21 and had three set points, but Italy managed to save all of them and to tie the score at 24:24! Boys led by Nikola Grbić took the next point and had the 4th set point in a row – 25:24… Filippo Lanza hepled them use it, as he spiked the ball out of bounds – 26:24 and 2-1 in sets for Serbia.

Away squad was constantly in front during the fourth set. On the other side Ivan Zaytsev brought in some energy to the Italian team when he entered the game, however Serbia still acquired two match points – 24:22. They missed the first one after a service mistake of Srećko Lisinac, but Filippo Lanza made the same mistake on the other side and it was 25:23 and 3-1 for Serbia!

Away team had a support from two volleyball legends! Ivan Miljković and Goran Vujević came to this match and brought luck to Serbia. 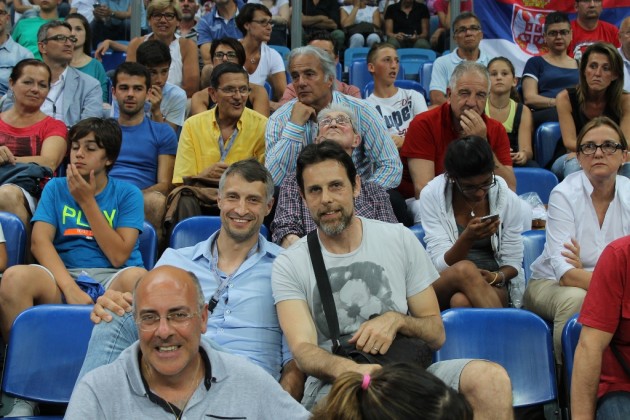