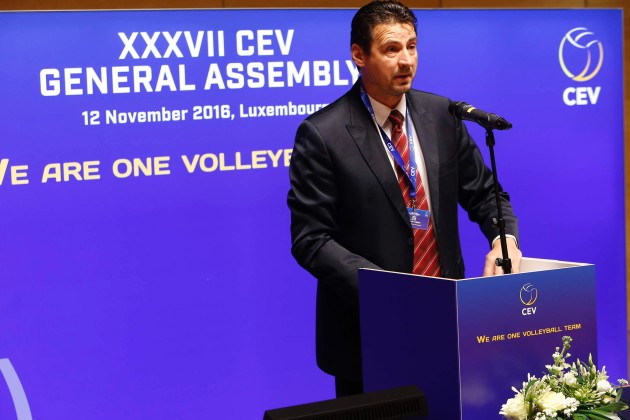 At the 37th CEV (European Volleyball Confederation) General Assembly in Luxembourg City, Luxembourg, Vice President of Serbian Volleyball Federation, Vladimir Grbić, expressed firm attitude on this matter by his federation after it was confirmed that CEV increased its membership to 56 federations according to FIVB’s decision from more than a month ago to include Kosovo.

** Kosovo is partially recognised state by the United Nations settled in Southeast Europe that declared independence from Serbia in 2008. It is not recognized by Serbia.

RUS M: Alekno – “Leon is not Leon and Anderson is not Anderson…”

When does the day finally come where they could respectfully and peacefully coexist?