Whoever thinks that dreams do not come true should read this story of Brazilian Women’s volleyball star Sheilla Castro and Peruvian artist Selima. 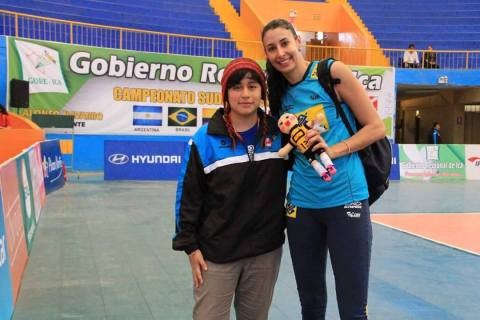 Despite having thousands of fans around the world, Brazilian Women’s volleyball superstar Sheilla Castro established a special connection with one of them, a Peruvian artist Selima.

This story began many years ago. A girl who studied at the School of Fine Arts in Lima, Peru, was closely following the movements of the Brazilian opposite and found the best way to capture her admiration in the watercolor painting.

In 2013, Selima was part of the photography commission in the South American Championship in Ica, Peru, where she saw Sheilla for the second time in her life.

“I had the idea of creating a cartoon character, so I started to draw her and when I had her in front of me I gave her my work. She was very surprised,” Salima stated. 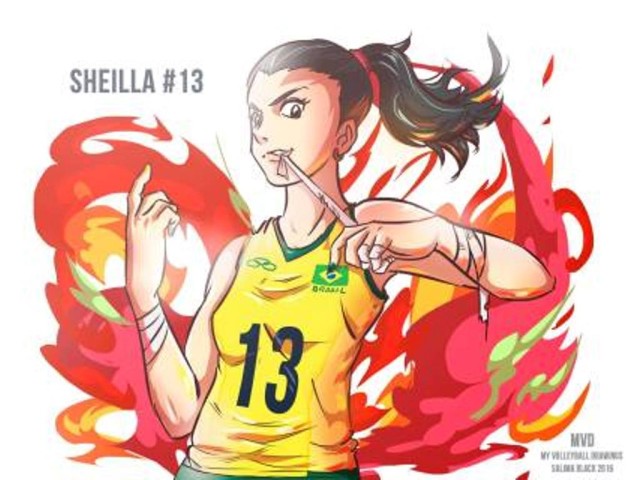 In 2014, Salima traveled to São Paulo to enjoy the play of her idol at the FIVB World Grand Prix.

“I remember when she saw me at the Grand Prix in São Paulo. She ran to greet me, she probably did not think to see me in Brazil,” Salima recalled the last time she has been able to see Sheilla in person.

Last year Sheilla contacted Salima proposing the Peruvian artist to draw her for the project of volleyball schools that the Brazilian opposite was going to found in Italy. Afterwards, these pictures became famous all over the world.

Let’s get back to the beginning of the story… You still don’t believe dreams come true?

Read the full story on voleibol.pe.