GP 2017: Venezuelan NT might not get to Group 3 Final Four on time!

Venezuelan Women’s Volleyball National Team will likely not be able to get to Canberra, Australia, for the Final Four of the 2017 FIVB World Grand Prix – Group 3, which means they would be forfeited! 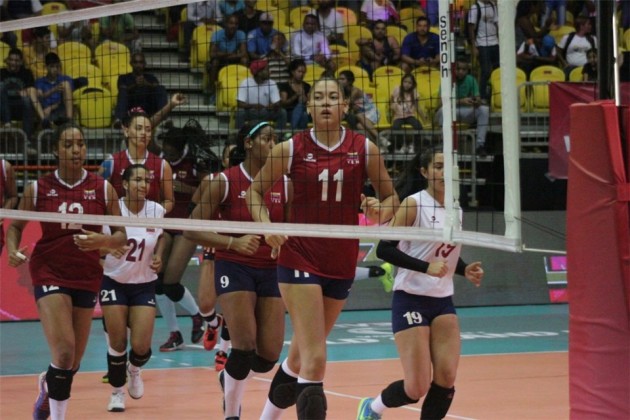 As some media reported, and some of the Venezuelan NT players posted on their Instagram accounts, their Ministry of Sports and national federation did not book them tickets for the flight to Canberra and they still wait in the home country, three days prior to the Final Four, to see if the tickets will be available for them.

The players even got embarrassed at one point as they left hotel to go to the airport in Caracas, but their driver received a call to immediately return them because plane tickets haven not bee bought! 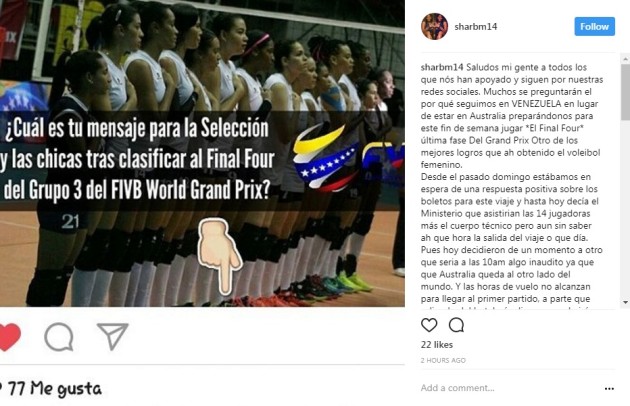 Most of the Venezuelan NT players reconciled the fact there is a slim chance they will reach Final Four on time. And even in case their government buy them tickets, since a flight from Caracas to Canberra lasts about 20 hours, plus nine and a half hours of time difference, Venezuelan NT players would practically go to play straight from the airport! Of course, if they don’t get on time, they will suffer a forfeit (3-0 technical loss), which has never happened before in the history of the tournament.

Venezuela were third placed in Group 3 rankings and secured the last berth for the final tournament where they are supposed to meet the host national team of Australia. Hungary and France will clash in the other semi-final.

Recall that similar occurred to the Venezuelan Men’s NT as they lost one game of the 2017 FIVB World League – Group 3 by a forfeit (first-ever case in the tournament) as they did not arrive for it on time.