If you watched the first men´s Turkish final match where Fenerbahce swept Arkas 3:0 off the court, you would not bet on Arkas anymore. Mistake! 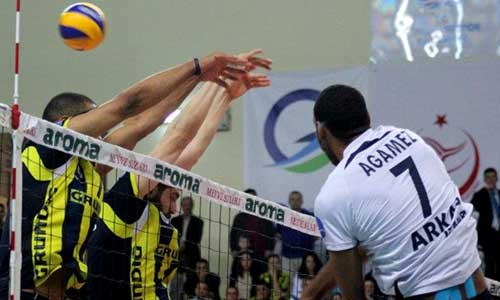 In the first match, the Two M´s of Fenerbahce (Marshall and Miljkovic) have destroyed Arkas in a straight game which did not resemble the finals at all.In the second final, Arkas fought back and erased the frenetically supported Fenerbahce 3:0, as Liberman Agamez had a good day (24 points, 3 blocks), supported by16 points of Burutay Subasi and middle-blockers Tocoglu and Gök.

Fenerbahce – already a Turkish cup winner this year – lost their chance to celebrate the champioship in unforced errors and only Ivan Miljkovic (17 points) was successful in attacks.

The final series got tied 1:1 and a little bit less boring. The last and deciding win-or-go-home match will start on Wednesday April 25, at 18:00 CET (watch it LIVE here!)

On their way to finals, Fenerbahce eliminated Galatasaray 3:0 and Arkas defeated Halkbank Ankara 3:1 in semifinals.