Turkey needed only two sets on Saturday to seize the crown of the 2014 CEV Volleyball European League – Women. After claiming the first leg of the final match with Germany last Wednesday in Bursa by 3:1, the young players around head coach Ferhat Akbas could start their party after winning the first and second sets of the return game played on Saturday in Rüsselsheim. 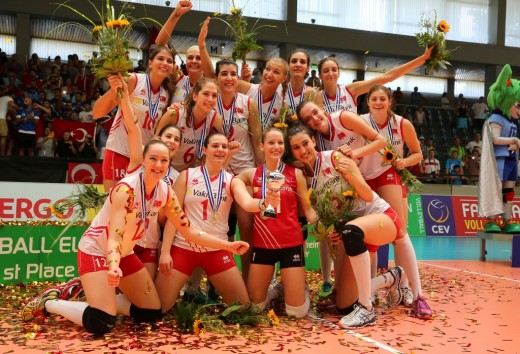 This is Turkey’s first European League crown after this country had won silver in 2009 and 2011 as well as bronze medal in the 2010 edition. This way Turkey also claimed a spot in the 2015 edition of the FIVB Volleyball World Grand Prix.

EXCLUSIVE: Ivan Zaytsev – “We ‘let’ them go to the final”

WL: Lucarelli – “We were almost perfect”

HUGE FAIL: What happens when you don’t...