Turkish Volleyball Federation is setting up an alternative players pool to attend 2012 Women’s European League and Gökhan EDMAN is assigned to be the headcoach. 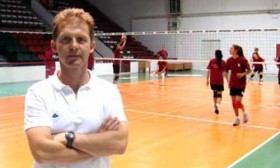 Gökhan EDMAN will be the headcoach, assistant coach and the rest of the staff will be appointed soon. In the meantime, both teams (Team I & II) will be gathered  in Istanbul on May 21, in order to start preperations for upcoming events.