Galatasaray has beaten Besiktas in a big Istanbul derby after dramatic five sets and some very doubtful referees' calls in the last moments. 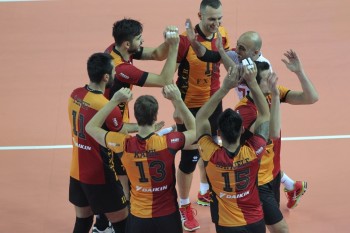 Volleyball fans in Turkey will talk a lot about the last derby between Besiktas and Galatasaray. Two teams showed excellent game, but eventually everyone will talk about two points at the very end.

Besiktas had the match ball at 14:13, and home team performed a strong block. The ball went into the out, however it is very doubtful whether it touched one player of Galatasaray on that road. Players of Besiktas protested loudly at the referee, but in vain. Point went to the away team – 14:14.

Besiktas missed one more set ball and then…

…Then came even more doubtful call. Ace of Galatasaray! It was not clear whether the ball was in or out, but all Besiktas players started running toward the main referee when he called it IN. Head coach of black and whites even was sent off because of the protest. Again in vain – 16:15 for away side.

And, Galatasaray used the very first match ball. Klapwijk was blocked, and Aydin used the counterattack to give a valuable win to red and yellows.

WGP W: Turkey comes back from one...