TUR M: Miljković is back – 18 points in Fener’s win in city derby

A lot of things in the Turkish volleyball are turning around the city of Istanbul, and in the 19th round of the national championship it was all about it… 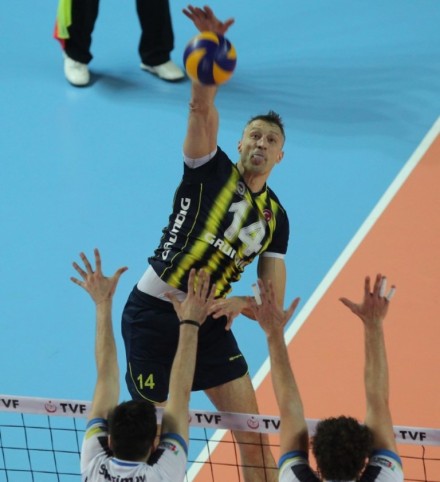 Fenerbahçe superbly defeated its big rivals Beşiktaş in the fiery Istanbul derby, in straight sets, and moved to third place in the standings.

If Fener remains on that position in the last three rounds, it will probably avoid in playoffs another great city rival – Galatasaray FXTCR.

Didn’t we say that many things are turning around Istanbul?

Other good news for Fenerbahçe fans is that Ivan Miljković has finally returned to the court and he did it with style – 18 points against Beşiktaş! Wout Wijsmans followed him with 13.

Besides Miljković, the player that was also injured for a long time, Arslan Ekşi, played well. Miloš Nikić and Serkan Kılıç are the next whose comeback is expected.

Niels Klapwijk was outstanding in the losing team with 21 but he couldn’t play alone.