EL W: France got to a win against Switzerland 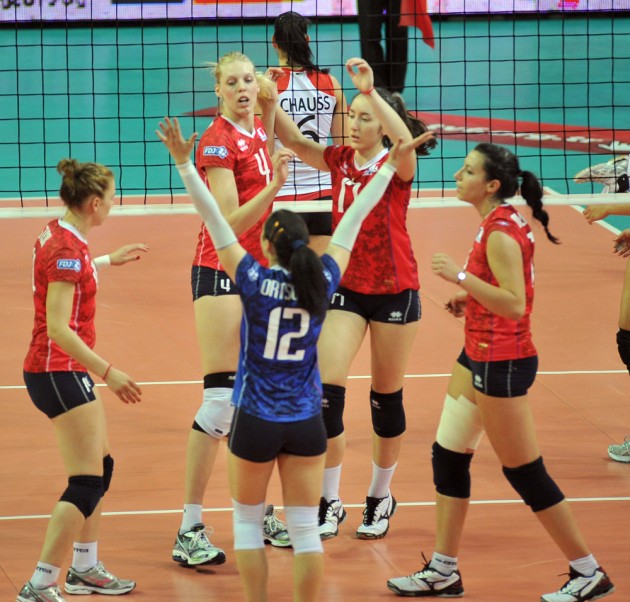 In the earlier match yesterday, the first two sets were quite easy for the French team and Switzerland was never able to counter the opponent’s domination. This led to the convincing 15-25 and 18-25. Switzerland woke up at the beginning of set 3 and led the score until right before the second technical time-out.

However, middle blocker Christina Bauer showed a solid performance behind the serving line and the Swiss girls were only able to make 2 points after the second mandatory break – 17-25. French middle blocker Maéva Orle and wing-spiker Alexandra Dascalu topped the scorers’ charts with 13 points each.

RUS M: VFV suggested that the Super League for men splits into two groups of 8 teams

TUR W: Thaisa will have to undergo...